* In case of any delay in receiving the OTP, you may verify it later. Please proceed without verification.

Enter your City name or Pincode

A Shiva pilgrimage located 8 km from Kailashahar town atop the Unakoti hill, Unakoti is one of the most important religious spots of Tripura. Unakoti means one less than a crore in Bengali language. It is said that almost a crore rock cut carvings are found in the place. Unakoti is a famous tourist spot for archaeology lovers as here one can find huge rock cut images and stone idol of Lord Shiva. 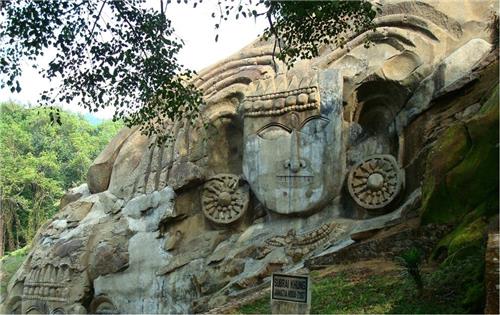 In Unakoti there are several rock cut and stone images, much to the delight of history lovers. The images of Unakoti are of two types-- rock curved figures and stone images. The stone images and other rock cut images consist of images many deities. The rock cut figures consist, among others, the central Shiva head and the gargantuan Ganesha figures. The central Shiva head is known as Unakotishwara Kal Bhairava and is 30 feet high, including an embroidered head dress which is 10 feet high. There are two full sized female figures on each side of the head dress of the central Shiva head. Among the female figures one figure is that of Goddess Durga who is seen standing on a lion. In the ground could be seen half buried three gigantic images of Nandi Bull.

The rock cut and the stone images of Unakoti draws pilgrims and archeologists to the place who come impressed by the rock carvings, primitive beauty and waterfalls in Unakoti. The location of Unakoti at a beautiful forested area, beautified by green vegetation and plantation all around forms the major attraction of the place. The Archaeological Survey of India has adopted the site as a heritage site and is responsible for preservation and conservation of the site.

The Ashok Ashtami Mela is organized in April every year in Unakoti. The mela draws large number of devotees and pilgrims from across the country who come to pay homage to the Gods and the Goddesses here. Other small melas are also organized in the month of January here.

How to reach Unakoti

Unakoti can be reached via air, rail and road networks.

By Air: There is a small airport situated at Kailashahar. Small chartered planes land in the airport. The other nearest airport to Unakoti is Agartala airport.

By Rail: The nearest railhead to Unakoti is situated at Kumarghat.

Explore more about Tourism in Kailashahar